We are Open for Business following the Guidelines of the CDC. We also are offering Virtual Consults – Click for Details 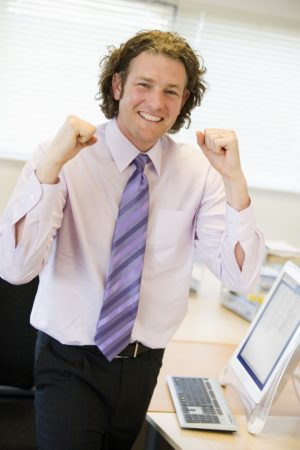 Although men are still in the minority when it comes to plastic surgery patients, the gap is narrowing. However, men might seek cosmetic procedures for different reasons than their female counterparts. Renowned Chicago plastic surgeon Dr. Robert Galiano discusses plastic surgery for men and why this surge in interest is occurring.

Why Men are Turning to Plastic Surgery

Everyone turns to plastic surgery to improve their appearance. Increasingly, however, men are considering plastic surgery to help boost their careers. For better or worse, in the modern corporate world, where every advantage counts, looks can make a difference in hiring and promotion. In addition, there is a definite age bias in many industries, and men do not want to appear too old. Many men think of cosmetic surgery as a good career investment, and it’s hard to argue that they’re wrong.

Liposuction remains the top plastic surgery procedure undergone by male patients. These men are health-conscious and exercise regularly, but have stubborn pockets of fat that just will not go away no matter what. Liposuction removes these deposits, allowing men to attain a more youthful physique. There is little downtime, so most guys can get back to work within a day or two.

Eyelid surgery, formally known as blepharoplasty, is another popular procedure among men. An eyelid lift erases years from the face, rejuvenating the appearance. During an eyelid lift, the upper lid is raised while fat is suctioned out of the lower lid, followed by repositioning of skin and muscle.

As men age, many develop enlarged breasts, unkindly referred to as “man boobs.” Gynecomastia, an operation to reduce male breasts, can solve the problem. The procedure involves liposuction performed in the chest, followed by the surgeon repositioning the areola, which surrounds the nipple.

Rhinoplasty, often referred to as a “nose job,” is in popular demand with men and women. Keep in mind that it is a good idea to seek out a surgeon who does a lot of work on male noses, as there are real differences between male and female nasal anatomy.

Many people believe that a handsome man has a well-defined chin and strong jaw. As part of the aging process, that definition lessens over time. By undergoing a neck lift with definition restoration, a man can take years off his face. Expect neck lift recovery to take a few weeks.

If you would like to learn more about plastic surgery options for men and specific procedures, schedule a personal consultation with Dr. Robert Galiano. Contact our Chicago practice to schedule an appointment.

“Thank you for takin such good care of me!”

“I'm so very grateful for everything you have done for me... I know you are a great man and the best doctor.”

“Thank you for being such a conscientious clinician and excellent surgeon!”

“I just wanted to thank you so much for the wonderful job did on my surgery. Both my mom and I were very impressed... ”